As early as 1994, when the Internet was still relatively unknown in France, Issy decided to have the “reflex of innovation” and thus to be constantly aware of the developments of new technologies implemented in cities all over the world and especially in the US. The City’s strategy was also focused on the need to prioritize the improvement & needs of Issy’s citizens.

The results of this innovation strategy has been remarkable, as today, the city has become a national reference for its economic dynamism as well as a successful example of the use & implementation of digital technologies to improve public services.

Actually, Issy step by step became a true Medialand based an economic development strategy based on the attraction of creative industries in the communications and media sector. This led it to earn the status of one of the major hubs of the French IT revolution: with 35,000 employees in this sector, ICT is the economical driving force of the town. Almost 60% of the companies based in Issy-les-Moulineaux are in the digital sector. Business attraction and growth have been so robust that the City currently accounts for more jobs than residents (more than 70,000 jobs for 70,000 inhabitants).

Little by little, innovation became part of the City daily life, making it being considered as a natural Living Lab. The city’s citizens are in the forefront in terms of testing cutting edge technology and new citizen-oriented e-services and applications.

To implement successful & relevant new digital services in Issy, our strategy is to test the innovation through small groups of collaborative citizens. This allows to test & evaluate the new services/tools to understand their acceptability and to improve/modify those services/tools to better fulfil the expectations & needs of the citizens. This approach allowed to create better citizens-tailored applications/services.

Issy also used digital and its power to implement an in-depth modernisation of the local administration, always at the service of the inhabitants& businesses, offering them more and more innovative services. An open and transparent 21stcentury administration, that manage to responds to the current paradox that many Western cities face: growing number of actions & expectations from the citizens with fewer resources available. The citizens want & expect quick and precise answers.

A benchmark City on Open data

As there is no Smart City without data, Issy-les-Moulineaux decided to open, in 2012, its City’s Open Data to the use of citizens through the publication of the Municipal Budget. This was just the first stage as two years later Issy could publish on the national portal data.gouv.fr fifteen additional datasets. In this early phase, the main goal was to allow developers to easily find datasets published on different platforms and to valorise the data related to Issy made available by national bodies.

Following these initiatives, in the early 2015, Issy took a further step towards transparency by improving, assisted by its partner Opendatasoft, its Open data portal to boost innovative services and business opportunities. This makes Issy-les-Moulineaux as one of the benchmark players on Open Data.

This brand new fully customized portal, offering a large range of datasets (around 180) that can be visualized through explorable maps and nice visualization tools, is an easy-to-use portal allowing everybody to use and understand it... And even to share its sightings on social networks! 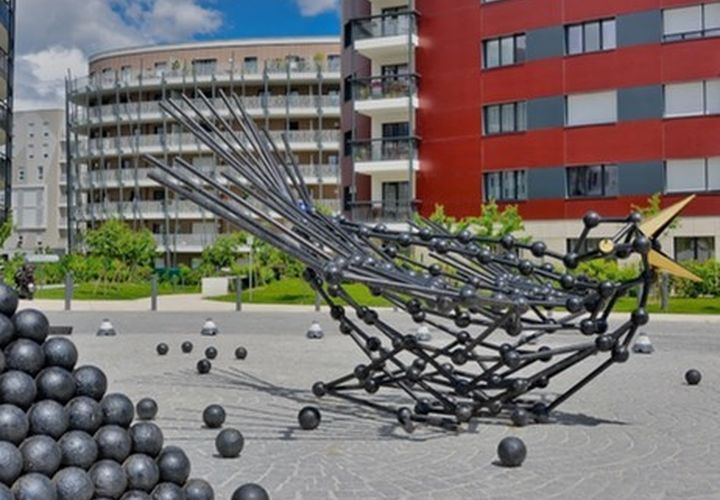